This is an expanded article series of the Walking the Road to Salvation post and The Road: Saved and Sent sermon series. 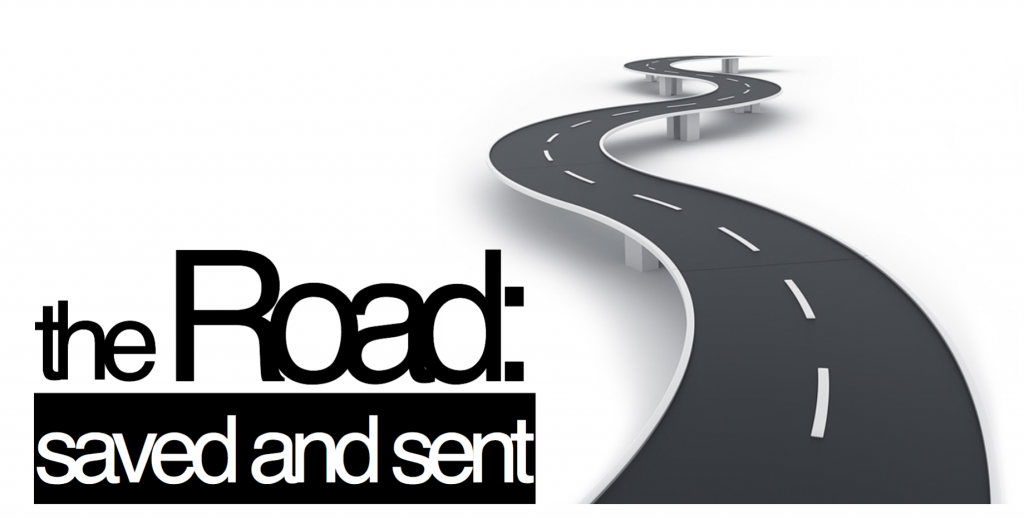 Over the past two weeks Kinsley and I have been teaching through a path of scripture commonly known as the Roman Road.

The purpose of doing this series is to serve as a reminder to the believer of the gospel that saved you and is saving you, to equip the believer with more preparation and ammunition and confidence for sharing your faith, and for anyone here who is not yet a believer to hear the need for salvation and the way to salvation from a God who loves you.

I want us all to know that we are sinners saved and sent to share the salvation story.

We are sinners saved and sent to share the salvation story.

Question week one:  I consider myself a good person, isn’t that good enough?

Answer week one:  Romans 3:23 “all have sinned and fall short of the glory of God.”

Establishing that none of us can please God without Christ because we’re all broken people.  We’ve all missed the mark.

Answer week two: Romans 6:23 “the wages of sin is death, but the free gift of God is eternal life.”

When sin grows up the finished product is death, and we all deserve death.  But Jesus offers free eternal life.

Does God Love Me in My Mess?

And today, our main road verse takes this to the next level in answering the question, ‘Does God love me in my mess?’

This verse takes it up a notch to show us that God already knows all of it.

When we began this series I offered a scenario of you, a believer, sitting on a park bench with a friend who is not a believer and asking a series of questions to guide them down the road to salvation.

To guide them to a point where under the conviction and direction of the Holy Spirit they will be saved.

I won’t claim this is easy for most.  It’s not a natural step for me.  Yet such conversations are part of the call for us.

In continuing that conversation, I’d like to paint the picture of just how deep God’s love is for you and I even in our sin and our mess.

The design of this passage of scripture is to illustrate the great love of God by comparing it with what man is willing to do.

Now, I may be different than you, but here’s a mistake I make all too often.  Comparing myself to people who are worse than me.

Let me explain.  It’s football season.  I can throw okay.  I can run okay.  I can catch okay.  So if we’re out in the backyard playing catch, running some routes, I might drop the ball, miss a pass, and you walk up to me and tell me I’m a terrible receiver.

I will quickly compare myself to someone I know is worse than me and let you know about it.   In fact if necessary, “I will send you a list of boys I played with in high school gym class who didn’t know how to run a passing route, you would think they’d never seen a football, let alone use the laces to throw the ball.  I’m fully aware I’m not the best, but I’m confident I’m not the worst.”

If you stop by my garage and ask me to make a wooden bench.  You’ll quickly find out that I don’t measure twice cut once.  I measure twice and still cut twice.  I have to really take my time and think about it, preferably by myself while no one watches.

If you make fun of me I’ll admit my weakness, but I could provide a list of guys and girls from my high school woodshop class that I could still build circles around.

I naturally want to compare myself to someone worse than me.  Feels good.  And I’m willing to bet that feels good to you too.

The Best are Subpar

In this passage, God once again proves he’s better than us by comparing his willingness to die for a sinner with the best of men, not the worst of men.

Picture if you will the best of men:

A man who is fully committed to God’s cause, he is kind, tender, loving, graceful, humble, hard-working, full of integrity, he loves and serves his family at all cost.

He knows his priority is to God and his wife and children and that if he doesn’t take care of his family first he is worse than an unbeliever.

He has remarkable character, he’s generous to a fault, and he’s susceptible to pure friendships.

We admire a man like this.  He’s got all his ducks in a row, so to speak.  The best of the best.

Yet, as much as we admire such a man and applaud his character, he doesn’t have good enough qualities to coerce us or motivate us to give our lives for him.

God presents the best man and we say, “I’m glad you’re good, but I’ve got my own life to live that I’m not willing to give for you.”

Only scarcely, with incredible difficulty, on very very very rare occasion would a man lay down his life for another good man.  It would be the highest form of human benevolence.

Jesus said in John 15:13, ‘There is no greater love than a man laying down his life for his friends.’

The greatest form of love is to take a bullet for a friend.

But there are none willing to die for a man who is not a friend but instead is seeking to do us harm.

If someone is trying to injure you or do damage to your character or your name or destroy your happiness or your property or attack you family and then they come into a life threatening situation are you going to jump up and take their place?

I’m not taking that bullet.  If the author writes me into that narrative I want an intermission so I can run out the back door.

But this verse says ‘while we were still sinners…’  While you were disobedient to me.  But the picture of who we are gets worse.

Here’s what it says two verses later to add a little more oomph to the word sinner. Romans 5:10 says:

10 For if while we were enemies we were reconciled to God by the death of his Son, much more, now that we are reconciled, shall we be saved by his life. – Romans 5:10

Have you ever considered yourself and enemy of God?  Before we’re saved, we all are.  We are on the opposing sideline.

We are suiting up and loading our muskets and installing our bayonets for an opposing country and riding into a warzone in the name of our cause – which is in direct opposition to God.

As an unrepentant sinner you are an enemy of God.

Everything you do and represent is against God.  Now I believe he has the power to use his enemies for his cause and often does so, we see that in the Bible.  But, if you’re not saved you’re an enemy.

Being an enemy doesn’t mean you dislike someone or ignore them or try to live as if they don’t exist.

An enemy is a person who actively opposes someone and is hostile and unfriendly and intentionally seeking to harm them.

It says ‘while we were enemies.’

I can’t read this and say Jesus died in my place because I was good.  I can’t find anywhere in the Bible that says I deserve love.

I look at this and praise God for loving me so much that even when I was actively opposing him Jesus went to the cross so we could be reconciled.

He knew that you would actively deny and fight against him for 40 years and he still did it.

God doesn’t start loving us after we are saved.  He loved us when we were enemies.  He loved you on the cross.

God knows your mess and he looks past it to tell you he loves you and wants a vibrant relationship with you.

As Christians we need to remember that we were once enemies of God and by his grace we no longer are.

After being unfairly tried, whipped and beaten, a crown of thorns placed on his head, forced to carry his cross, and all while being mocked and publicly humiliated, Jesus is raised beside two criminals who are mocking him he prays this:

Jesus doesn’t love sinners in some generic, abstract, universal way.  His love isn’t for other people.  He loves you and he loves me.

Maybe you don’t believe that.  Maybe someone told you that your sin is too much – that your mess is too big – that Jesus can’t love you anymore because of your divorce or your lie or your doubt.

Maybe someone told you that God doesn’t hate your sin, but that he hates you, too.

The question I asked tonight was ‘Does God love me in my mess?’

Yes.  God has an overwhelming love for sinners and he longs to clean up your mess and give you new life.

Jesus died knowing you were a sinner.  Knowing every evil act, word, and thought you would commit and he still had an overwhelming love for you.  It’s not a surprise to him.  While Jesus died on the cross, he was mocked, spit on, and cursed.  Yet he still cried out ‘Father forgive them…’  Yes, he loves you in your mess!

God’s love belongs in a totally different category than human love.  Jesus didn’t die for good people.  He died sinners.  He died for people living in willful rebellion against God.

Sidewalk prophets pen it this way in the song we played at start of service:

Love for sinners was his motivation to go to the cross and die in our place. 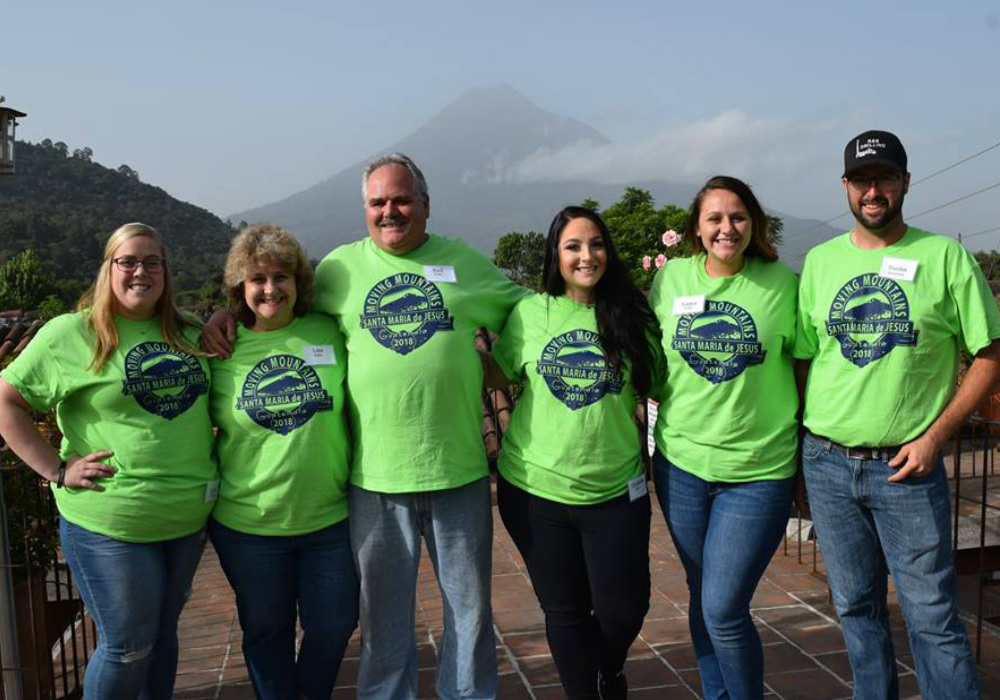